About 113,000 Americans are on a waiting list for an organ donation

Jim Doti’s shoe snags a chair leg and he keels backward. Yet the former Chapman University president nimbly recovers and I’m silently grateful for his reflexes.

It’s not because I think he could crack open like Humpty Dumpty. A high-altitude climber, Doti’s far too tough to break bones in a simple slip and fall. I worry because he has three holes in his torso and an array of stitches across his abdomen.

You see, just a few weeks ago, Doti did what few brave souls dare. He donated a kidney to a total stranger.

I relax. A mile isn’t even a warm-up for a marathon runner like Doti. Of course, some might consider a morning run with stitches as foolish. But those in the know would consider it bold.

Then he talks about running a half-marathon in six weeks. I squint. A mile is one thing. But 13.1 miles is different. Is Doti insane?

Doti chuckles and shakes his head. His only concern? He has no idea if he’ll be able to finish the race.

I picture Doti crawling across the finish line, but I don’t mention it. Instead, I ask what the heck was he thinking when he decided to give up a kidney at age 72.

But then I think about Tolento and his five-year-old granddaughter who hugged Doti, grateful that her grandpa now has the opportunity to live a long and loving life.

Perhaps Doti’s not so crazy after all.

Doti smiles and reflects on the little hug. “That single moment of shared joy,” he confides, “made up for all I needed to go through in donating my kidney.”

As for Tolento and his family, Doti’s kidney feels like a miracle. “My father was on dialysis for six years, ever since I was 15,” says Tolento’s daughter, Leticia. “We’re so happy and grateful.”

It is said that inspiration begets inspiration. But when the subject requires cutting into flesh, things get very personal.

Before Doti ever considered donating a kidney, he ran into a human powerhouse by the name of Heidi Miller.

Miller is known for a lot of things — one is being super fit, another is her nonfat yogurt chain in the 1980s, Heidi’s Frozen Yogurt. A third is her Tight Assets fitness clothing stores.

But what many don’t know is that this Laguna Beach resident also is a giver.

Miller sings and dances in CHOC Follies to raise funds for CHOC Children’s Hospital and has served on the boards of the City of Hope, the American Heart Association, the Cystic Fibrosis Foundation.

In the early 1990s, Miller even went through the process of giving bone marrow to a friend, Terry Reisdorf. Then, just two years ago she donated a kidney to Los Angeles Times writer Bruce Cook.

In honoring Miller as “Citizen of the Year” in 2018, the Laguna Beach Parade committee stated, “For her part, Heidi feels that saving another person’s life is an extraordinary experience and wonders why — given that so many people are dying for lack of donor kidneys — more people don’t do it.”

When Doti witnessed Miller give up a kidney, he, too, wondered why there aren’t more kidney donors and decided to step up.

But smart man that he is, Doti stepped up with diligence. A statistician by training, Doti is quick to detail the safety of the procedure and jokes about the likelihood of one kidney going bad after age 70.

Statistics, he says, are in his favor. Besides, he explains, when one kidney is removed, the other one grows by about 10 percent to pick up any slack.

In essence, Doti says, “There is no major sacrifice, and the trade-off is giving the gift of life.”

While there certainly are risks in donating a kidney, the difference between an, ahem, “deceased donor kidney” and a fresh kidney from a living person is significant.

With a live kidney, life expectancy is far longer.

Doti’s biggest worry about the entire procedure — which included two days of testing and prep — wasn’t about his own health. It was whether Tolento’s body would accept the new kidney.

Fortunately, Tolento’s new — OK, “previously owned” — kidney kicked in right away. It meant that after years of being practically tethered to a dialysis machine, Tolento was free.

I ask Doti how donating a kidney compares to some of his other personal achievements, such as climbing the highest mountain in Antarctica.

“There is,” Doti easily answers, “no comparison. How many people can say they saved someone else’s life?”

But Doti isn’t content with being one of a few. Instead, he hopes to be one of many.

“I hope,” Doti shares, “to inspire someone else to donate a kidney to keep the chain going.” 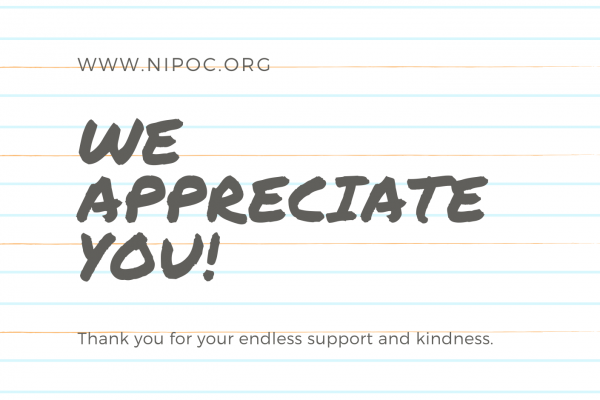 Dear NIPOC family: 2020 has been an interesting year, to say the least. We started the year with a new